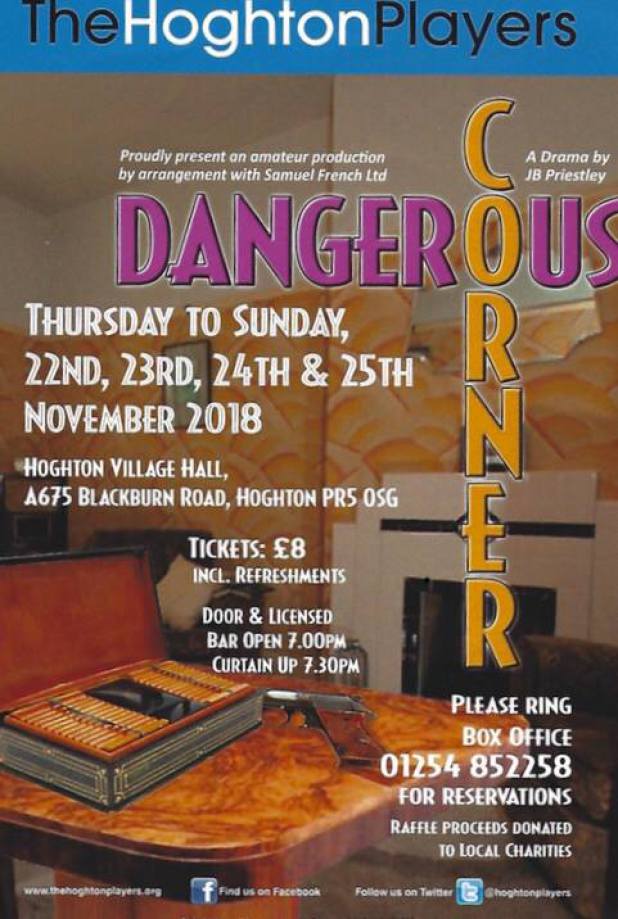 "Really enjoyed the play - so much to learn! How do you do it"?

"Very well performed in the round, Great characters"

"Once again an excellent evening's entertainment! Well Done everyone! :)"

"Super show and a most rewarding night at the theatre. Keep up the good work!"

‘Dangerous Corner’ is a fantastic little play by J.B. Priestley and this production of it provided a packed house with a wonderful evening’s entertainment. It’s the first play Priestley wrote and provides the first sighting of ideas which tinker cleverly with time and perception, themes which would become a staple of his repertoire in later works such as ‘Time and the Conways’, ‘I Have Been Here Before’ and of course, ‘An Inspector Calls’. Quietly subverting the conventions of the drawing room drama of the 1930s, Priestley stirs in crime, secrets, lies, mystery, passion, scandal and a gay relationship (daring for a play written in 1932 and which was exorcised from the script when it was filmed in Hollywood) before pulling the drawing room rug from under the feet of the audience in the clever final act.