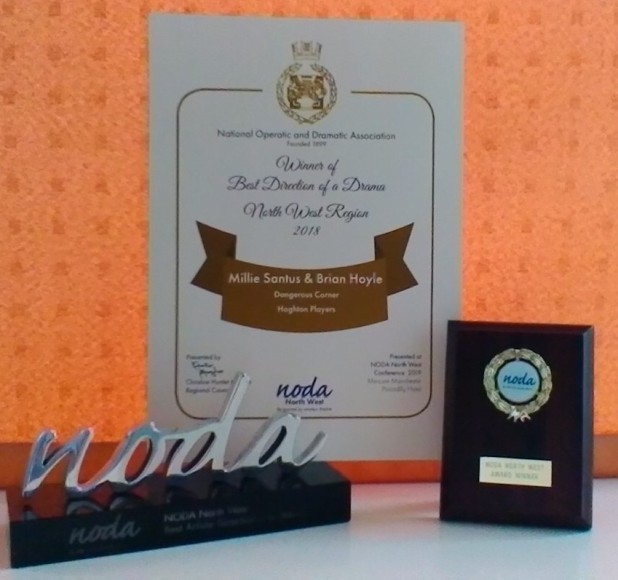 As you know, we won the district award for 'Best Artistic Direction' for Dangerous Corner at the February awards event. All winners go forward to the North West regional conference in Manchester, which took place this past weekend. Our new NODA rep, Paul Mason contacted us yesterday to say.......

WE HAVE WON AGAIN !!

The area runs from Carlisle in the north to Cheshire in the South and all the North West coast, including The Isle of Man, Liverpool the Wirral and Manchester, across to the Pennines. A vast area with a lot of large drama groups.!

You were all such a fantastic cast and crew.

A HUGE THANK YOU TO EVERYONE !!